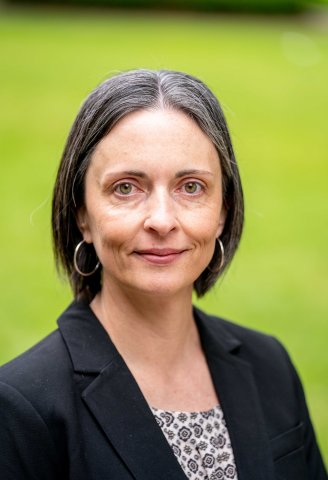 Dr. Leger was named a Cottrell Scholar by the Research Corporation for Science Advancement in 2015, and her group has published on topics ranging from organic electronics and plasmonics, to electrochemical processes and solar luminescent concentrators. Her current research focuses on organic and hybrid materials for electronic and optoelectronic devices, including light-emitting diodes, solar cells, memory cells, and transistors. 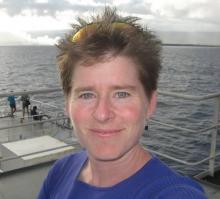 Jackie is the Associate Dean of the college, as well as a professor in the Geology department.  Jackie’s undergraduate years were spent at Yale University where she earned degrees in both Physics and English.  She then spent six years as a high school physics teacher in the San Francisco Bay Area before moving to Honolulu to pursue graduate study.  In 2001 Jackie earned her Ph.D. in geophysics from the University of Hawai`i at Mānoa, after which she spent five years working for the Alaska Volcano Observatory, first at the University of Alaska Fairbanks and then as a Mendenhall Postdoc with the U.S. Geological Survey.  She has been at Western since 2006, teaching about topics ranging from introductory geology to earthquake seismology to mantle convection.  Her research focuses on the seismic and acoustic signals generated by volcanoes and landslides.  Most of the volcanoes she studies are in the undersea domain, and she is happiest when on the water.

Tonya has been a part of the Dean’s staff of the College of Science and Engineering for nine years. Her role as Operations Manager is primarily to keep track of the budget, personnel, and various processes in the college and provide support to the Dean on initiatives and moving forward the goals of the College. She is a busy mom of two great kids and loves living in the Pacific Northwest. 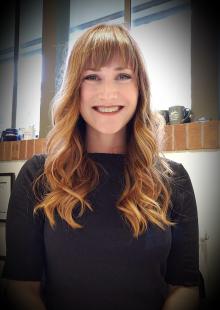 As Senior Director of Development for Western Washington University, Amber provides strategic leadership to the fund development program within the College of Science and Engineering. She works closely with the Dean, Chairs, faculty and university leadership to connect alumni, friends and parents of the College who want to partner in enriching the education at Western by enhancing the student experience through philanthropy. Amber is a WWU alumna and has been serving Western as a fundraiser since 2004. 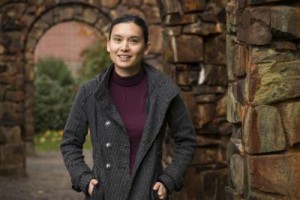 Regina G. Barber teaches physics and astronomy at Western.  Regina completed her PhD in Physics in 2011 from Washington State University with a focus in Astrophysics, studying globular cluster systems.  She is also the first STEM Inclusion and Outreach Specialist at WWU with duties that involve planning campus wide events, student club support, advising, committee work and grant writing.  Regina is also the host of the radio show & podcast Spark Science, a talk show which strives to make science accessible to all. 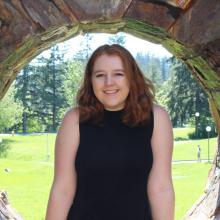 Mikayla graduated from Western in 2017 with a degree in Public Relations and Communication Studies, and joined the CSE team in August 2019. She manages CSE's website to ensure quality and accessibility, manages the college's social media sites, and designs fliers and logos for CSE events. Mikayla works closely with STEM Inclusion and Outreach Specialist Regina G. Barber to plan Equity, Inclusion, and Diversity socials and events. Mikayla hobbies include reading novels, writing, and finding the best memes.