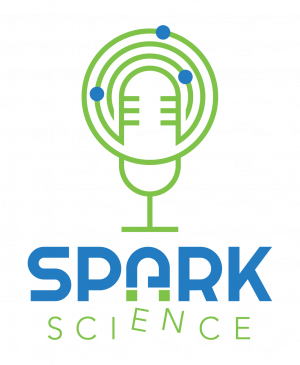 Our tagline is “exploring stories of human curiosity”. We want to make science more accessible and less intimidating. This is done by sharing narratives that include scientists’ backgrounds, humor, work, and struggles. We strive to humanize the “scientist” so that STEM (science, technology, engineering, and math) can become relatable and welcoming. 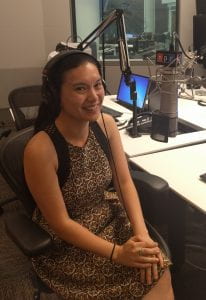 Regina’s childhood was divided between living in Lynden, WA and several summers in California. She attended Western Washington University (WWU) for her undergraduate education and completed her PhD in Physics in 2011 from Washington State University (WSU) with a focus in Astrophysics, studying globular cluster systems.

Dr. Regina Barber DeGraaff currently teaches physics, astronomy and science communication at WWU where she is also the STEM Inclusion and Outreach Specialist and strives to make science accessible to all.

Suzanne Blais – Co-creator, Director, Producer & Master Editor – Suzanne has worked at WWU for almost a decade and is the Manager of Digital Media Production and Development. She has over 30 years of media and teaching experience. 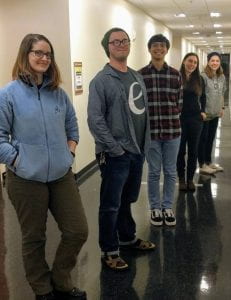 Nathan Chapman (He/His/Him) – Student Lead Blogger
Nathan is a senior physics and math major at WWU with a minor in astronomy. He is currently assisting in research with Dr. Brandon Peden in theoretical Bose-Einstein condensates. After finishing the math and physics programs at WWU, Nate plans on pursuing a master’s degree in mathematics, then after that, a doctorate in physics, specializing in general relativity. At the end of it all, he wants to become a professor and help the world learn science.

Sarah Francis (she/her/hers) – Graduate Student Blogger – Sarah is a graduate student in the geology department at Western Washington University, and she is studying a tiny glacier in the North Cascades for her master’s research. Sarah hails from central Iowa, and has spent the past four years exploring the mountains and making the Pacific Northwest her home. Sarah dreams of a career in field science and science communication. 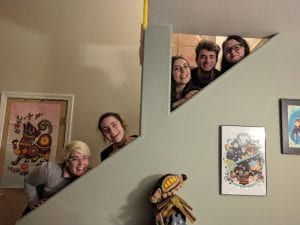 (Season 1-3) Co-host: Jordan Baker *He will return for one-off episodes in the future

Jordan grew up in Lynden but calls Bellingham home now. He started taking improv classes at the Upfront Theatre in January 2013 because his wife made him (he loves it now). With no high school diploma or self-esteem, he found himself in the service industry cutting up dead animals for a living for a decade but is now in the home inspection business. Jordan is Main Stage alumni at the Upfront in Bellingham, WA.